German Bundesliga is always features highly in lists of the top global soccer leagues, with the latest football betting odds and live matches being in demand with punters around the world. You can find useful details of the best betting offers and promotions available with the top online bookmakers. In addition to providing information for watching Bundesliga football on TV and live streaming* services in operation for those looking to catch the latest games.*Subject to bookmaker terms and conditions and country of residence restrictions.

*odds are subject to change without prior notice.

Relatively late to the stage in comparison to Europe’s other top divisions, the Bundesliga only made its debut in the 1963/64 season. Whilst it may not have been the first of the European League’s on the scene, it didn’t take long for Germany’s top flight to grow in prominence, to the extent that it is now one of the very best leagues in Europe, and indeed the World.

Topping the table when it comes to both average attendance and number of goals per game, there is a decent case to be made that the Bundesliga is the most entertaining soccer league around. All in all, this provides a perfect environment for football betting, creating huge interest in the latest odds on offer such as goal lines , halftime , minutes, players , match-combos and more either for pre-match or in-play betting. 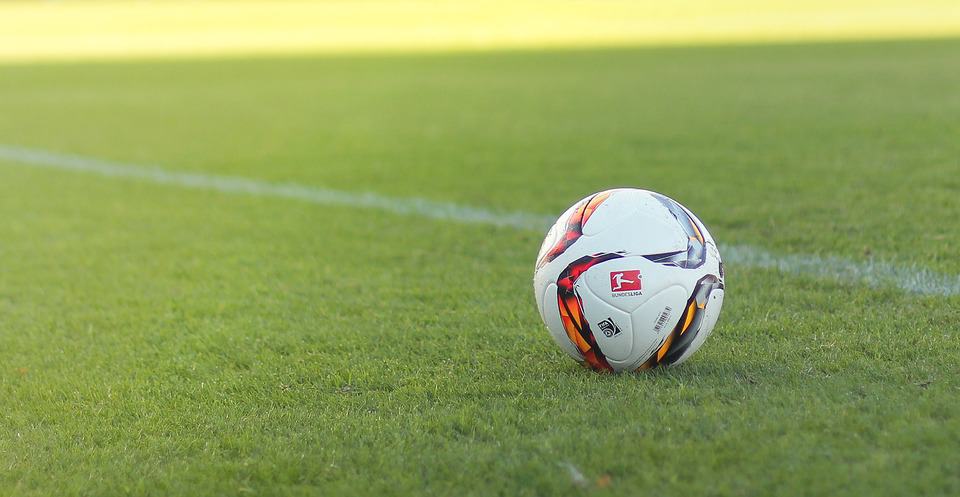 Promotions and Bettings Offers* for Bundesliga

German Bundesliga regularly ranks amongst the most prominent football leagues on the planet, and attracts a great deal of betting interest. Fans have never had it so good when it comes to betting on the league, with a whole host of betting promotions and offers available from the top bookies. Including:

Who has won the most German Bundesliga LeagueTitles?

A total of twelve clubs have claimed German football’s top prize since that inaugural 1963/64 season. It is FC Köln who boast the distinction of being the very first Bundesliga champions, with “The Billy Goats” going on to add a second title in 1977/78 – but none since.

It took Bayern Munich six seasons before they landed their first Bundesliga title, but since that debut win in the 1968/69 season, the Bavarians have emerged as the dominant force in the German game – to the extent that they now have more than five times as many Bundesliga trophies as nearest pursuers Borussia Mönchengladbach and Borussia Dortmund!

What kind of betting odds can I find for Bundesliga?

Whether your preference is for the immediate action of in-play betting; the longer-term investment of an Ante-Post wager; or the traditional weekend accumulator, you won’t be let down when it comes to betting on the Bundesliga!

The list of betting options is as extensive as you would expect of one of the top league’s in the beautiful game; including the standard match result; first, last or anytime scorer; corners markets; bookings, and betting for just about any stat in the game you can think of.

Who are the Top 5 Bundesliga All-time Scorers?

Germany as a nation have been associated with a number of prolific strikers over the years, with the likes of Rudi Völler, Jürgen Klinsmann and Miroslav Klose amongst those to have regularly hit the back of the net at both club and international level. Talented as they may be, none of the aforementioned trio make the list of the Bundesliga’s top five all-time scorers:

We have a few familiar names on the above list, including that of Jupp Heynckes who, in addition to his scoring exploits as a player, also went on to claim the title four times as manager of Bayern Munich – in addition to winning the Champion’s League with both Bayern and Real Madrid.

Robert Lewandowski is the only player still active on our list, and whilst he may yet overtake Klaus Fischer, catching all-time leader Gerd Müller would look to be a very tall order. Unstoppable in his club career, Müller will also be fondly remembered by German football fans as the man who scored the winning goal in the 1974 World Cup final.

How to Bet on Bundesliga?

There are many things to consider when weighing up those Bundesliga bets; Which sides are in and out of form? How do teams perform away from home when compared to their home form? Are any sides missing their star player through injury or suspension? Or, when looking at the longer-term bets such as who will win the league; have any sides made significant investments, or hired a new manager who may turn them into contenders? Or does the evidence point to the current champion’s defending their crown?

And of course, we also have to decide with which bookmaker – from the many on offer – we would like to place our bets.

The Bundesliga’s Most Interesting Stats and Facts

It may be relatively youthful in comparison to other European Leagues, but the Bundesliga has nevertheless compiled a pretty impressive list of stats and interesting facts:

Where to bet on the Bundesliga?

The options can seem almost endless when selecting an online bookmaker.  Anyone looking for an excellent product, top notch promotions, and customer service to match, likely won’t be disappointed with any of the following quality operators:

What are the Bundesliga Title Winner Odds?

For many, the question in recent times, when it comes to betting on the Bundesliga winner, has simply been how far will Bayern win by this time? It doesn’t always work out that way though, with exactly half of the editions, up to and including the 2018/19 season, having been won by someone other than Bayern Munich. So how are the outright winner odds looking this time around?

What are the Bundesliga Odds on relegation?

Each year the bottom two sides in the Bundesliga will be relegated to 2. Bundesliga, whilst the third bottom side face a playoff against the third placed side in 2. Bundesliga. Clearly all of the sides in Germany’s top flight will seek to avoid this fate, but not all will succeed. Who do the odds suggest will be slipping down a division in the latest season?

Whilst the title race in Germany has become a little predictable in recent times, the race to be the seasons top scorer has been a more wide-open affair. Since the inaugural 1963/64 season, the title of ”Torjägerkanone” has been claimed by players from 18 different clubs and of 13 different nationalities. So, who do the odds suggest will be German football’s most prolific marksman in the current season?Some of the latest Bundesliga top goal scorers :

How to watch the German Bundesliga Football on TV & Live Streaming?

Boasting the highest average attendance, the Bundesliga is immensely popular in terms of drawing fans into the stadiums. It also possesses international appeal when it comes to viewers tuning in to the live action in the race for the “Meisterschale”. But who holds the UK rights in 2020? Here we outline the makeup of the latest UK TV and some of the International broadcasters where you can watch German Bundesliga football on TV and through bookmakers live streaming* service:

Watch and Bet Live at bet365

*18+, GEO-Restrictions Apply. You will need to be logged in and have a funded account or to have placed a bet in the last 24 hours. bet365 use your IP address to present the events available to you. T&C’s Apply. begammbleaware.org